Atrial Fibrillation is the most common cardiac arrhythmia (heart rhythm) affecting over 5 million people in the United States with projections up to 20 million people by 2030.1 Physicians define atrial fibrillation as rapid, chaotic electrical impulses in the upper heart chambers known as the atria that result in irregular heartbeats. In the early phases of the disease, abnormal impulses from pulmonary veins—which carry oxygenated blood and connect directly to the left atrium of the heart—trigger the arrhythmia. As the disease progresses, the normal cellular architecture of the atria changes as thicker scar tissue replaces healthy muscle, which in turn causes the atrial fibrillation to worsen. Based on the patient’s symptoms, treatment can include medications or catheter ablation (a minimally invasive procedure) to disrupt the faulty signals (Fig).

Other than rare genetic disorders, atrial fibrillation is an acquired condition. It often presents in the sixth and seventh decades of life, with a lifetime risk of 25% for people who are over 40 years of age. Typical risk factors for atrial fibrillation include age, heart failure, valvular (heart valve) disease, obesity, sleep apnea, hypertension, diabetes mellitus, and alcohol consumption.1 In addition to causing cardiovascular symptoms, it increases stroke risk 5-fold and can lead to heart failure. To determine stroke risks, physicians use the CHADS-VASC score (Table). Based on a score of 2 or more risk factors, anticoagulants (blood thinning medications) are used to reduce the chance of stroke.

Cardiovascular exercise is generally beneficial for patients with atrial fibrillation; however, there are some scenarios where exercise can increase the episodes. Endurance exercise including marathon running, triathlons, and similar longduration exercise can increase the risk of developing the condition. One study of endurance athletes showed a 2- to 10-fold increase of occurrence compared to sedentary individuals.2 In endurance athletes, the left atrium is often enlarged and there is usually some degree of cardiac muscle stiffening. A leading theory for increased atrial fibrillation in endurance athletes includes increased vagal tone. When the vagus nerve controls the heart rate through the parasympathetic nervous system, nerve fibers slow the heart rate—this is called vagal tone. Prolonged episodes of heightened vagal tone, necessary for endurance activities but possibly arrhythmia provoking, is the most established theory. In this scenario, increased vagal tone leads to increased heart rate variability and ectopy (a rhythm disturbance) thereby triggering atrial fibrillation. The phenomenon appears to be more common in men and in those under the age of 60. Additionally, theories involving athletes include increased physical stress on the heart, inflammation, prolonged electrolyte imbalance, remodeling of the heart muscle, and increase in pulmonary vein trigger firing.3

Most patients with exercise-induced atrial fibrillation usually have the mildest form, which doctors define as episodes lasting less than 1 week. To assess the contribution of heavy exertion, physicians often advise their patients to stop endurance training for 3 months.

Exercise-induced atrial fibrillation is different from that seen in the general population, although the treatment strategies for the condition remain similar. For those with 2 or more risk factors for stroke, physicians often prescribe anticoagulants. Medical treatment of atrial fibrillation in athletes can be challenging since most medications can slow the resting and exertional heart rate thereby limiting the ability to exercise. Physicians often prescribe anti-arrhythmic medications specifically designed to treat the disease; however, these tend to have other types of unwanted side effects. Catheter ablation in the endurance athlete has become a more favorable option since it provides freedom from the condition and can eliminate the need for longterm medications. 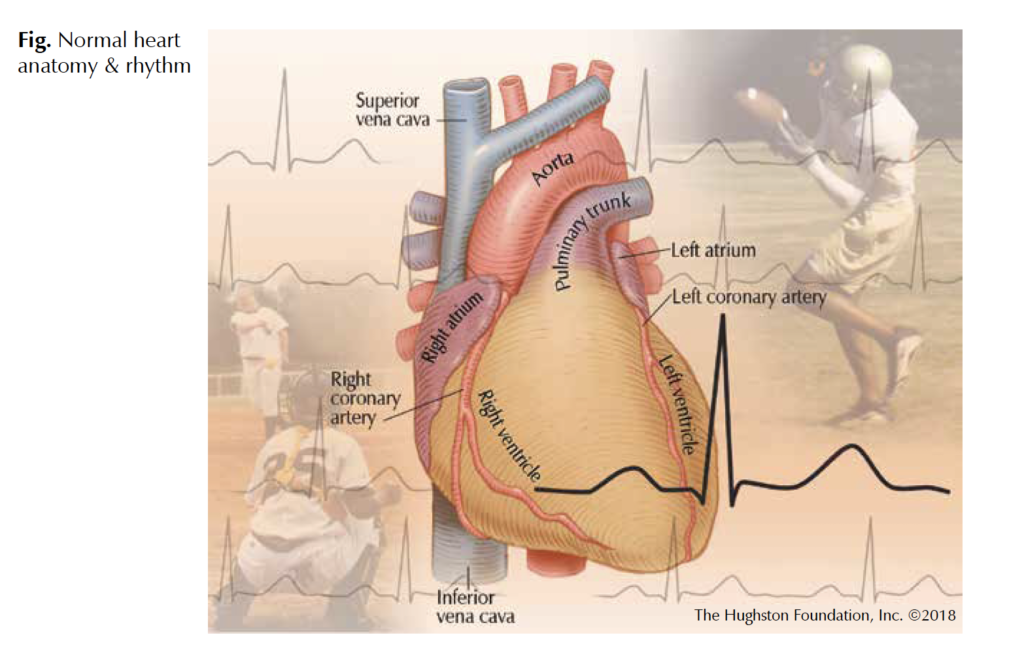 How much is too much?

Despite findings of increased atrial fibrillation in endurance athletes, physicians do not recommend stopping exercise as a means to reduce the risk. Recommendations for weekly cardiovascular exercise regimens totaling 150 minutes remain part of standard practice. In fact, one study reported that a monitored diet and exercise program for 3 months after an ablation procedure greatly reduced the rate of recurrence; therefore, exercise plays a beneficial role in care.4 However, researchers need to determine the ideal balance before the risk of atrial fibrillation increases. Strength training, such as moderate weight lifting does not increase or decrease the risks. For athletes taking supplements and consuming energy drinks, there is little information to provide any guidance; however, many of these products contain caffeine and other stimulants that have shown to trigger atrial fibrillation events. The question of “how much is too much” in exertional activities remains unclear.

Atrial fibrillation is a common cardiac arrhythmia that has significant health implications including increased risks of heart failure and stroke. Medications and ablation procedures are often effective along with lifestyle modifications in preventing progression of the condition. Cardiovascular fitness is important in reducing episodes; however, extreme training and endurance events can increase the risks. Moderate exercise training regimens are likely the best strategy to reduce the incidence of atrial fibrillation in athletes.