Contributing physicians in this story 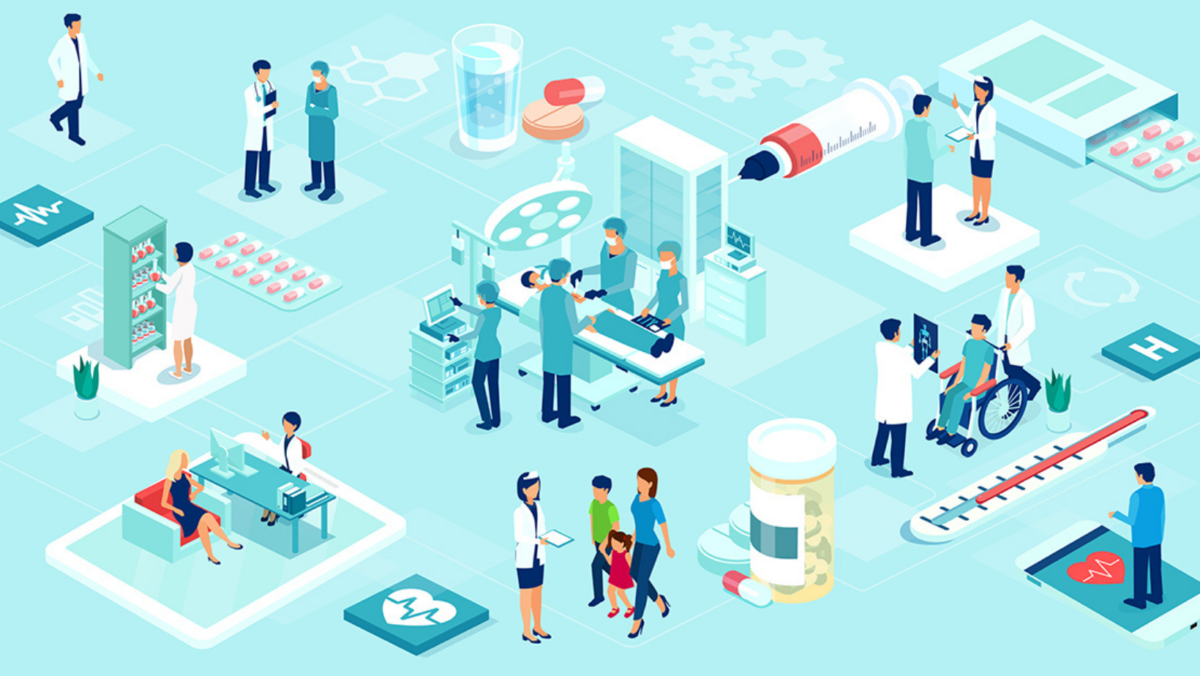 Surgeons use damage control orthopedics (DCO) to manage critically injured patients by temporarily stabilizing fractures so that the patient’s overall condition can improve. The purpose is to avoid worsening the patient’s condition by the “second hit” of a major orthopedic procedure. The surgeon’s strategy focuses on controlling bleeding, managing soft-tissue injury, and fracture stability while avoiding additional trauma to the patient.

When a person is injured, particularly a polytrauma patient where multiple bones are broken and internal organs are damaged, the body responds by releasing inflammatory mediators (fluids, including blood and cells that are meant to heal and protect) (Fig. 1). As a result of the injury, the trauma patient also experiences detrimental physiological changes, such as extensive blood loss that leads to decreased tissue oxygenation (blood cells carry oxygen to tissue), and large amounts of blood replacement that can cause abnormalities in clotting. The patient can also be affected by Acute Respiratory Distress Syndrome (ARDS), a condition caused by fluids leaking into the lungs and reducing oxygen. Furthermore, the patient becomes susceptible to infection and can become septic (an infection within the bloodstream). Finally, these factors often affect the trauma patient in a short period of time, and this serious combination can lead to multiple organ failure and death.

Surgery itself is a type of trauma that can exacerbate the release of inflammatory mediators, increase blood loss, and cause damage to the lungs. Accordingly, surgeons want to minimize what is known as a “second hit” from an extensive surgery in the early period following a traumatic injury. Therefore, the surgeon may temporarily stabilize the fracture to limit blood loss, tissue damage, and the release of inflammatory mediators.

The history of DCO

DCO is an evolving field. Its benefits were demonstrated during World War I with the use of the Thomas splint for femur (thighbone) fractures (Fig. 2). The mortality rate was 80% for these wounds before the splint was used for temporary stabilization. The rate fell to 20% after medics began applying the splint in ambulances. Later in the century, the trend shifted towards surgical treatments for stabilization, usually with an internal fixator, such as a nail to hold the fractured femur bone in place.

Further studies however, appeared to demonstrate that a surgery stabilizing the femur using a nail may have created a “second hit” that led to increased release of inflammatory mediators and pulmonary (lung) complications. Therefore, the trend then shifted towards less invasive treatments, such as using an external fixator, such as pins inserted through the skin and into the bone to temporarily stabilize the fracture. Still further, larger studies demonstrated that early definitive fixation of femur fractures actually had a lower overall mortality, especially if both femurs were broken.

The “second hit” once blamed on nailing the femur is now thought to be related to the use crystalloids (fluids) in large amounts during resuscitation (administering emergency procedures to sustain life) of the patient. A change to using blood products, rather than crystalloids, and other treatments that improve tissue oxygenation, as well as a shift back to early nailing fixation of the femur has helped improve survival following polytrauma.

At present, we are seeking to identify and refine which patients are at the greatest risk for surgery. We currently use a marker within the blood that reflects the level of recovery and oxygenation of tissues. Lactic acid forms when the body breaks down carbohydrates to use for energy when oxygen levels are low. When a patient has decreased oxygenation of the tissues, lactic acid builds up; therefore, we can measure the serum lactate level to determine the best course of treatment. This has been found to be the most sensitive marker of perfusion (passage of fluids through the body). Surgeons seek to have the lactate level below a certain level, which demonstrates adequate oxygenation and perfusion of the tissues, prior to surgery. Conversely, high lactate levels confer increased risk for surgery and the need for further recovery prior to an operation.

How do surgeons use DCO?

The following cases illustrate how a trauma surgeon can evaluate a patient and determine whether early definitive fixation of life threatening fractures or temporary stabilization of fractures in a patient who is in extremis (critical) is the best treatment.

The first case is a healthy 19-year-old male who sustained fractures of both femurs in a motor vehicle collision. When he arrived at the hospital, his heart rate was elevated, his blood pressure decreased and he was lethargic, indicating that he had lost approximately 30% of his blood volume. He was treated with a combination of fluids and blood products. His lactate level decreased indicating that he is responding positively to the treatment. He is a good candidate for early definitive fixation of his femur fractures with intramedullary nailing (a metal rod placed inside the cavity of the bone).

The second case is a 63 year-old female who is a smoker and is diabetic. She was struck by a car and sustained fractures of both her femurs and tibias (shinbones) as well as an open book pelvic fracture (a compression injury to the pelvis). Her heart rate is elevated above 140 and blood pressure decreased. She is not making any urine and is very lethargic. Her lactate level has not responded to treatment with fluids and blood products and she remains unstable; therefore, an extensive surgery would likely worsen her condition. Thus, she is a candidate for temporary fixation of her femurs, tibias, and pelvis with external fixation while treatment continues.

When a patient arrives at a trauma center with life threatening injuries and fractures, rushing into surgery to stabilize the fracture is not always a good treatment plan. The fracture needs to be stabilized to help control the body’s responses, but sometimes a temporary fix can be a better option. Initiating DCO and waiting until the patient is stable and in optimal condition for surgery is often the best treatment plan.